This page describes how the score is calculated for challenge entries. 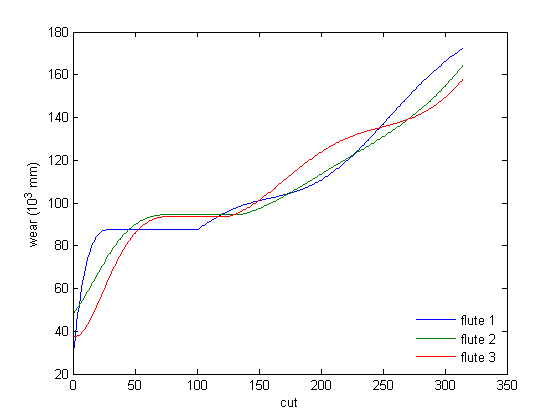 Figure 1: Wear across all three flutes. 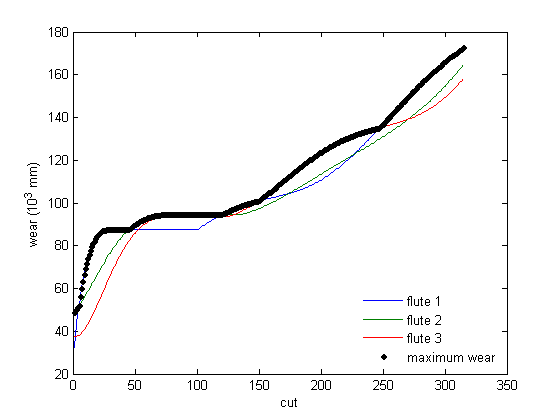 Figure 2: Wear across all three flutes with maximum wear highlighted.

The end user of your PHM system can then take a cut schedule and apply it to a piece, stopping at your estimated number of cuts. If you underestimate, that is a little bad – you waste tool life by stopping too soon. If you overestimate, that is a really bad – you maximize tool life, but you mess up the expensive piece being manufactured, and remedial steps have to be taken. So the scoring function is asymmetrical to reflect that (see below). 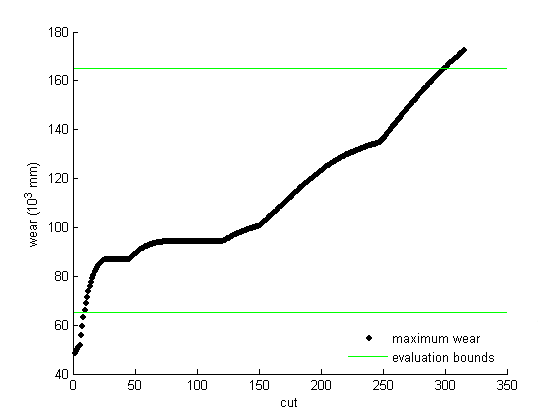 Figure 3: the range over which the competition is scored.

Figure 4 is an example of an estimate you might submit. Of course, you don’t know the maximum wear value, but for each integer value between 66 and 165, you can estimate how many cuts it might take to get there (“max cut estimate @ wear limit”). Note that there may (should) be large jumps in your estimate occosionally – some cutting patterns produce very little wear. For example, in Figure 4, the max wear ground truth exhibits little wear between cuts 75 and 125; the estimated number of safe cuts plotted shows that the model used expects very little wear caused by cuts 125 to 200. 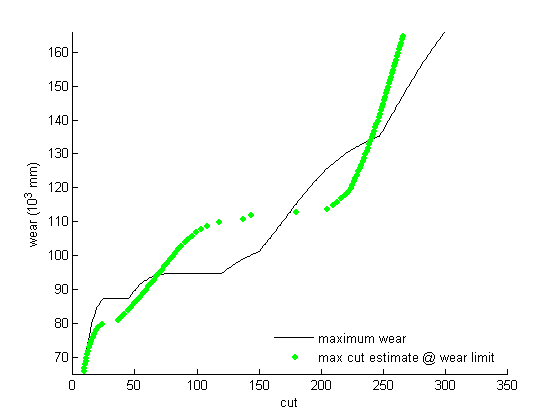 Figure 5 is an example of what we mean by over and underestimating life. If your tool wear limit was 100, the model here predicts about 85 cuts could be made for a given cut schedule, when actually about 150 cuts could be made, representing 65 cuts worth of lost flute life if the flute were discarded at 85 cuts. For a wear limit of 120, the model overestimates the flute life for the given cut schedule, resulting in ~40 cuts with a flute that is past its rated life, likely gouging the part. 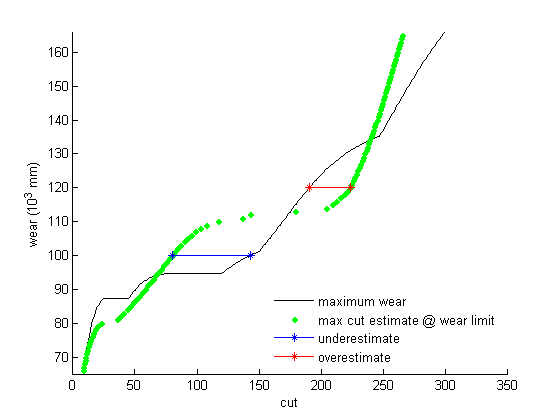 Figure 5: Over and under estimates illustrated.

Figure 6 shows how the scoring is done – at each step in wear limit, the difference between ground truth and estimate is calculated. 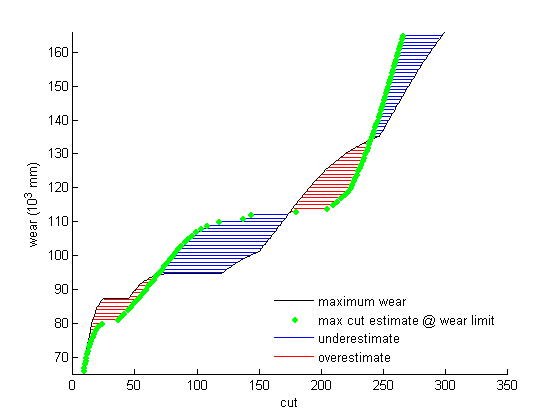 Figure 6: Calculating over and under estimates at each wear limit.

Figure 7 illustrates some interesting features of the scoring function. The top frame is a plot of the scoring function itself. Note as discussed above that it is quite asymmetrical – e.g., the middle frame shows that for small errors, the penalty is almost the same, but for large errors, the penalty is much greater for overestimating the maximum number of cuts that can be safely made. The bottom frame shows the ratio for a particular error – e.g., it is about five times worse to overestimate than underestimate by 10 cuts. 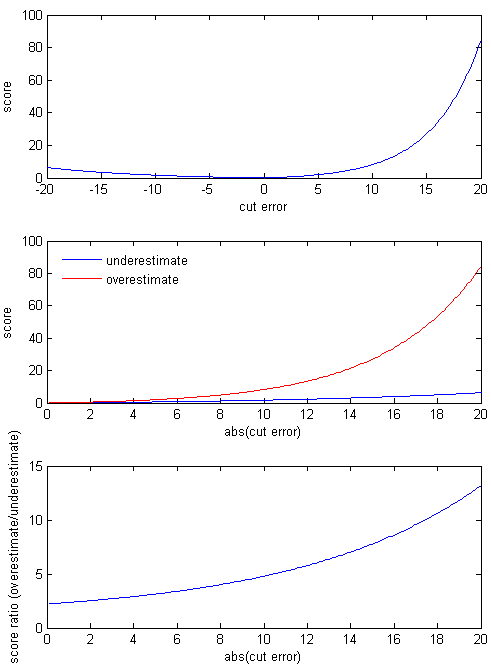 Figure 7: Scoring function (top); penalty for an over or under estimate as a function of absolute error (middle); ratio of over to underestimate (bottom)