The conference banquet will take place at the historic Prado Restaurant in Balboa Park. Buses will leave the hotel around 5:20 pm. 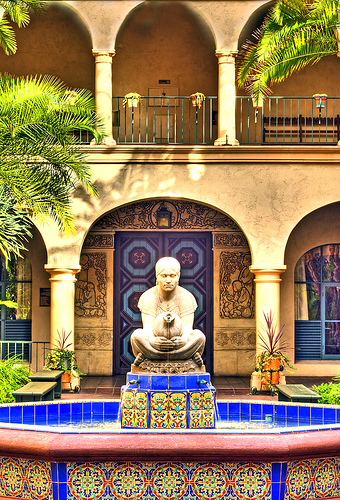 We are offering a tour of General Atomics on Monday, Sept. 28. A bus will leave at 8:30am from the hotel and return around noon.

The General Atomics tour is now full and we are not able to accept any additional guests. Thank you for your interest.

The tour will include demonstrations of the following facilities at General Atomics:

General Atomics was conceived in 1955 at San Diego, California for the purpose of harnessing the power of nuclear technologies for the benefit of mankind. General Atomics’ basic research into fission and fusion has matured into competence in many technologies, making GA and its affiliated companies one of the world’s leading resources for high-technology systems development ranging from the nuclear fuel cycle to remotely operated surveillance aircraft, airborne sensors, and advanced electric, electronic, wireless and laser technologies.

The bus will leave at 8:30am on Monday morning and will return around noon. While this tour is free, there is a limited number of seats on the bus. Thus, please be sure to sign up during the registration to ensure that you can participate in this event.

Enjoy San Diego journey through the vibrant downtown area’s Gaslamp Quarter with its old world buildings. Travel along The Embarcadero with wonderful harbor views, home of one of the oldest merchant sailing ships in the world and the longest serving aircraft carrier in US Navy history, USS Midway. Drive through Balboa Park with its unique Exposition Museums. A drive across the Bay to Coronado with its charming streets, beautiful beaches and National Historic Landmark Hotel del Coronado is also included. Visit to La Jolla, known as the Jewel of the Pacific, a charming seaside village with many upscale shops and eateries with panoramic ocean views. Visit colorful Old Town, California’s birthplace.

This tour is canceled.